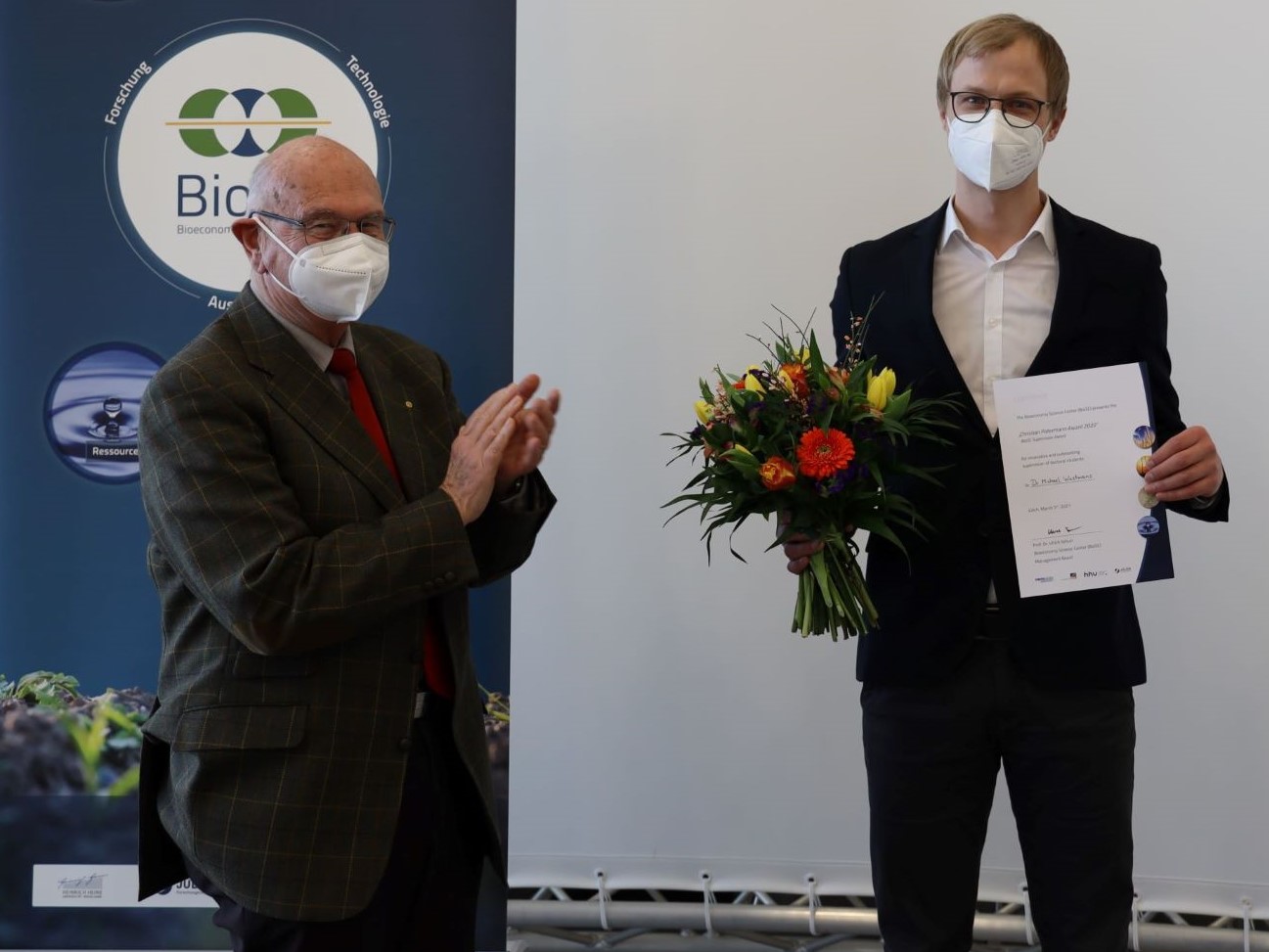 The development and implementation of a sustainable bioeconomy requires new inter- and transdisciplinary approaches in the training and development of young scientists. As part of the NRW strategy project BioSC, the Supervision Award has been honouring outstanding achievements by young scientists in supervising doctoral students since 2014. Since 2021, the BioSC Supervision Award has been presented as the Christian Patermann Award, named after the founder of the Knowledge-based Bioeconomy in Europe.

With the award, which is to be used in scientific work, the Bioeconomy Science Center (BioSC) honours young scientists for special achievements and creativity regarding the quality of their professional and personal supervision of doctoral students. The review panel decides on the basis of the nominees' scientific excellence and supervisory performance. Networking, independence, scientific visibility and the promotion of "thinking outside the box" of the supervised doctoral researchers are further relevant selection criteria. The award is intended to improve the conditions for excellent career development of young scientists. In the case of equal professional qualifications and performance, preference is given to female scientists.  A thematic restriction to specific topics of the bioeconomy is not intended.

The competition
The winner(s) will receive an award of up to EUR 25,000 as well as a certificate. The competition is part of the NRW strategy project BioSC. Documents and the call text including the prerequisites for the submission of nomination proposals can be found in the BioSC Intranet. The expert committee decides primarily on the basis of the excellent supervision and the ability of the scientists to motivate students and doctoral candidates to think interdisciplinary and thus also beyond their own "specialist area".