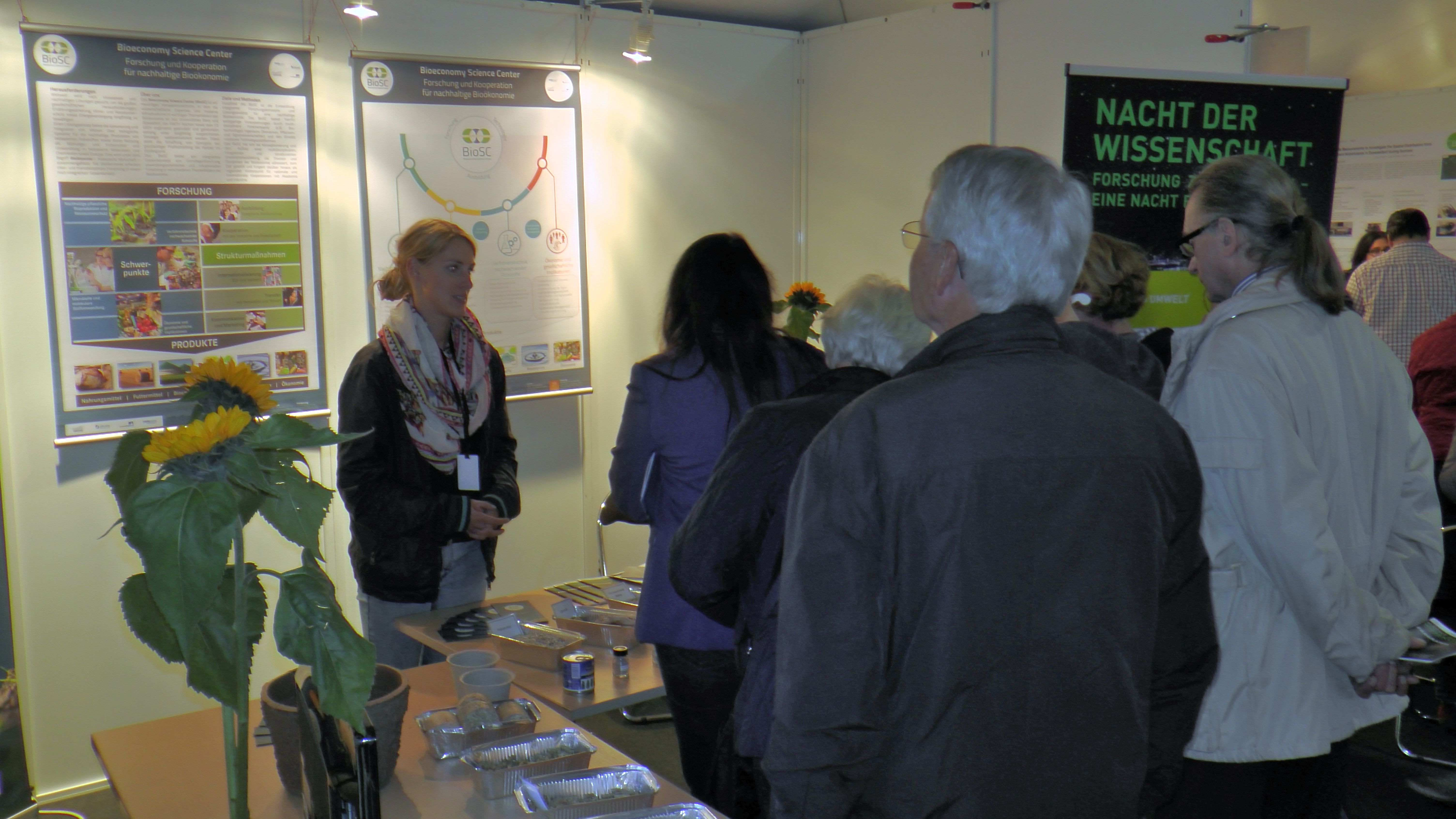 Night of Science at the HHU Düsseldorf and RWTH Aachen University

On September 25, 2015 the "Nacht der Wissenschaft" (Night of Science) took place at the HHU Düsseldorf, on November 13 the RWTH science night "Fünf vor zwölf" (Five to twelve). The BioSC was represented at both events with a stand and a lecture and met with great interest from the visitors.

The "Night of Science" in Düsseldorf took place on the Schadowplatz in front of the university building in large visitor tents. The BioSC was housed in a tent with the CEPLAS Cluster of Excellence. The audience showed great interest in 3D-MRT images of IBG-2 of bean and maize roots in different stages of development. Also Miscanthus plants, products from renewable resources, posters and the BioSC film attracted visitors. Dr. Thomas Classen gave a talk entitled "Bioeconomy Science Centre - Innovative concepts for a bio-based economy". He explained the goals and structure of the BioSC and presented the DiPro project, which deals with the conversion of lignin into starting substances for fine chemicals.

At the RWTH Science Night, the BioSC was able to present itself on the sixth floor of the "Super C". In the Ford lecture hall, Prof. Ulrich Schwaneberg gave a lecture on "Nature as a source of tomorrow's prosperity". Starting from the question of what prosperity means and what prerequisites social prosperity needs worldwide, he explained how a knowledge-based bio-economy can contribute to solving the global challenges of the 21st century. Selected BioSC projects showed the audience the range of interdisciplinary bio-economy research. After a lively discussion with numerous questions and comments, the audience was able to obtain further information at the BioSC stand in front of the auditorium. Three metre-high Miscanthus specimens, products made from renewable resources, posters and films provided an opportunity to talk to the visitors.

For both Science Nights, the outcome was positive across the board. The office will make every effort to ensure that the BioSC will also be represented at these and similar events in 2016.